In a bid to control air emissions, the EPA has been working on modalities that will improve environmental standards. One of these modalities is the regulation of wood and pellet stoves. Critics claim that these restrictions were enacted due to pressure from environmental groups. As a result, a heated debate has emerged about the legality of wood burning stoves. Here, we will shed some light on the issue, dissecting the myths and analyzing some facts. 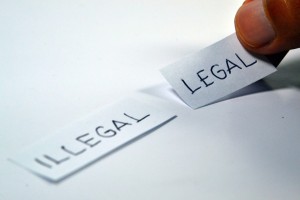 As it stands, wood burning stoves are not illegal. Although these stoves are said to use an ancient burning technology, they serve as a great source of heat. The tightening economy has been pushing people to cheap heating solutions, and wood has proven to be a reliable option. According to the U.S. Census Bureau, between the year 2000 and 2010, the percentage of people using wood as a source of heat grew by 34%. It therefore is a method that cannot be taken lightly.

Under what may be regarded as pressure from environmental groups, EPA introduced some restrictions that were to take effect in 2015. These are restrictions that sought to ban the production of wood stoves that do not meet the 80% efficiency mark. The amount of airborne fine particulate matter was also limited to 12 micrograms per cubic meter. This is quite a high rate that meant having more than 2/3 of the current brands removed from production lines.

Most of the stoves that are in use in most homes do not meet these standards. However, wood stoves can last for 30 years and beyond. What should happen to them? According to the EPA, the new regulations only affected stoves that were produced after the restrictions came to place. This means that stoves already installed in homes and those in retail shops were not affected. This is the bone of contention, as some local governments thought otherwise.

In some states, such as Washington, the local government has imposed the EPA restrictions even on stoves already installed in homes. The restrictions can be said to be advised by the claim that smoke emission causes health complications. According to the Heartland Institute blog, the EPA gave statistics on the link between mortality and particulate matter. Though the figures may not be clear, a point that has caused fierce criticism, local authorities have taken the matter quite seriously to the point of ‘banning’ wood stoves and fireplaces. Health wise, this could be seen as a great move, given that smoke from wood burning stoves has been confirmed to pose serious health risks. Particulate matter has been linked to chronic bronchitis, premature death, heart attacks and aggravated asthma. It therefore makes sense to control the amount of particulate matter released into the atmosphere.
The EPA launched a “Burn Wise” website in a bid to convince the public to adopt the new regulations. Burn Wise, a partnership program, is tasked with the role of emphasizing the need to have the right wood for the right stoves and burning in the right way. With the website, the federal government is able to share information about the steps taken to improve air quality. This is done in partnership with the local governments.
With the main goal of establishing the Burn Wise website being the dissemination of information, the most relevant information is shared here. The information is meant to educate citizens and local agencies. In the latest postings, the EPA has detailed a voluntary wood burning program and residential wood reduction strategies. The EPA has also compiled a list of approved stoves so that wood burning stoves enthusiasts can make the proper purchases.

Are The New Regulations Biased? 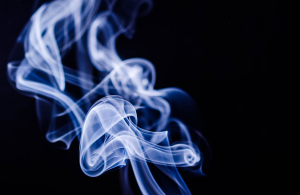 The regulations on wood burning stoves have been perceived to target small families. To some extent, this is true, given that this is the primary market for wood burning stoves. According to the Washington Times, the wood ban adopts a “one size fits all” approach that is a little biased. With these rules, a good number of families would be at a  disadvantage. For example, what might happen to small families living in extremely cold areas, such as Alaska? With the implementation of these rules, these families would have to endure the cold seasons or pay heavy fines. This is quite unfair considering that wood burning stoves give out less fine particles than most second-hand vehicles.

The Washington Times further explains how these stoves are safer than someone smoking a cigarette in a car. Smoking inside a car with the windows rolled up exposes the occupants to 4000 micrograms per cubic meter. This can never compare with the soot released by wood stoves. The Washington Times further argues that Alaska has 663,000 square miles area which is mostly forested. These forests provide an adequate supply of wood to heat homes through the freezing seasons. In the words of Tammie Wilson, a state representative, the people here have more pressing concerns such as curbing the risk of freezing and even though they all want clean air, such concerns demand more attention. The thought of ignoring their concerns simply because a computer-based model advises otherwise does not make sense to them.

The new EPA regulations have the best intentions, but aren’t adequately informed. Their implementation, too, hasn’t been handled professionally, resulting in unnecessary uproar among wood stove users. Though the regulations do not ban the use of wood stoves, the implementation makes one feel like it was illegal to have the stoves in their homes.